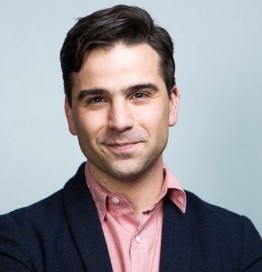 Simon is a leading parenting expert and the cofounder of Fatherly, a parenting website focused on dads. Since its launch in 2015, Fatherlyhas become the fastest growing parenting site in the US. Prior to founding Fatherly, Simon dedicated the past 12+ years spearheading cause-related marketing efforts for nonprofits, foundations and corporations including The Bill & Melinda Gates Foundation, Rock the Vote and The Coca-Cola Company. He has launched more than a dozen national and international campaigns and raised more than $200 million toward philanthropic causes. A former professional marathon runner, Simon was also named a Next Generation Leader by the White House as a result of his earlier philanthropic work. Simon appears regularly on NBC’s Today Show, Fox News’ Fox & Friends and other major news outlets where he serves as a subject matter expert on fatherhood and millennial parenting topics.

The Rise of Dads and the Changing Nature of Play