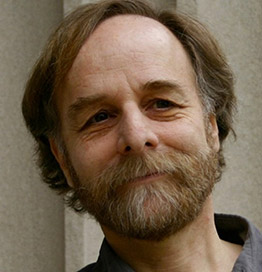 Scot is Creative Director of the MIT Education Arcade, and a research director in the MIT Comparative Media Studies Program. He is a designer of award-winning educational games, working in both academic and commercial environments, and his work has focused on what is authentically playful in challenging academic subjects. He has designed games for computers, handheld devices, and multi-player on-line environments. He is the creator of the acclaimed Zoombinis series of math and logic games, and leads a number of projects in the Education Arcade, including The MIT/Smithsonian Curated Game (environmental science), Labyrinth (math), Kids Survey Network (data and statistics), Caduceus (medical science), iCue (history and civics) and the Hewlett Foundation’s Open Language Learning Initiative (ESL). He is a founding member of the Learning Games Network (www.learninggamesnetwork.org).It was while designing Zoombinis that he kept recovering his earliest memories of childhood play, and began to recognize all the ways those play experiences continue to be a significant component of his work. Scot is married to Marcia Hulley, an award-winning TV producer. They are the parents of sons Willie and Peter.

Positive Preschool Play: What does quality mean in 2016?