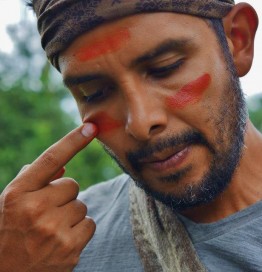 Founder and Board Member, Refuge Playground

Richard has been slowly traveling the world to study play and playfulness as a means to be effective in the creative economy and age of wisdom for over five years. His journey has taken him from living among minimally and recently contacted hunter and gatherer tribes, to playworking with kids from the third to the first worlds, to learning first-hand from the leading play thinkers, researchers and practitioners of play and playfulness.

After studying social psychology, journalism and advertising at The University of Texas at Austin, Richard began a successful career in government, politics and marketing, He then went to work on the Special Projects Team with renowned leadership and management authority Dr. Stephen R. Covey. There he collaborated on the research, writing and integration of new content into Frankin Covey’s product and service lines, including an internationally best selling book and syndicated New York Times’ column.

Richard subsequently pursued his dream of becoming a lawyer by studying international business law at The University of Texas at Austin School of Law. Today, Richard has joined a group of play experts and social activists from around the world to give refugee kids spaces to play for an initiative called Refuge Playground.