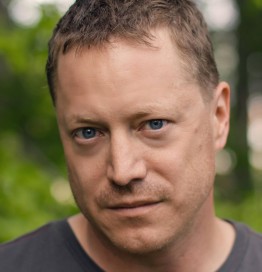 Clark was pursuing a career in academia when his passion for technology, storytelling, and explosions drew him to game development in 1992. He began his career in interactive entertainment with Beyond Games, where he contributed to a decade of successful titles, including Redline, Motor Mayhem, Hot Wheels: Velocity X, and more ‐‐ all of which focused overwhelmingly on blowing things up. Having children of his own sparked an interest in games for kids. With cofounders Kris Johnson and Jeff Amis, Clark started WildWorks in 2003 with a commitment to bringing the production values of blockbuster games to kids’ entertainment. The result is “fun with substance;” games that entertain children while nurturing their curiosity about science and the natural world. In 2010, WildWorks launched Animal Jam, which has grown to become the world’s largest online social network for kids. Incorporating educational content through a partnership with National Geographic, the Animal Jam game world connects over 125 million animal avatars created by kids, with a new player registering every 1.4 seconds. From their studios in Salt Lake City and Amsterdam, the WildWorks team of 130 developers is extending the Animal Jam experience into mobile games, consumer products, and other media.

Clark graduated from the University of Utah with a degree in English Literature and Philosophy, and is evidently doing what one does with those qualifications.

Kid KPIs and the success of Animal Jam and Play Wild!