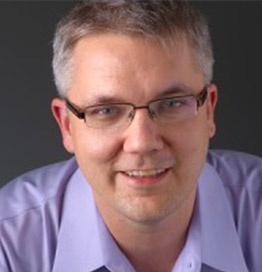 Additionally, he spearheads digital distribution, including TV Everywhere, mobile distribution, free on demand and the network’s VOD offerings, some of the most widely distributed in cable television. Under his leadership, NGC and WILD content has grown across multiple platforms, such as natgeotv.com, Hulu, YouTube, Netflix, Amazon and others. Most recently, Brad has overseen the successful rollouts of NGC and WILD’s TV Everywhere platform, NatGeoTV on NGC’s website, AppleTV, Roku, iOS/Android Apps, MVPD partners, Xbox One, Xbox 360 and Samsung TV, with other partners still on the way. He has the led the increased total VOD and TV Everywhere usage by over 50% in the past 2 years.

In the past year, Dancer has helped WILD see its highest ratings in history and helped cultivate some of NGC’s best rated shows to all-time highs, with Wicked Tuna and Life Below Zero finding record viewers in 2015. Dancer brought the guys from MST3K back to television with the No. 1 social TV event of April Fools’ Day 2014, Total Riff Off.  He has continued to push the definition of TV scheduling with multiplatform sneak previews, launching full seasons of new series on VOD (Vet School), launching a 52-week premiere strategy for Destination Wild (WILD), and creating new clocks and linear experiences to retain viewers through a night of programming.  In 2016 Dancer launched the first Kids block on Nat Geo Wild and expanded the #1 digital experience on Nationalgeographic.com, Safari Live to prime time TV.

A member of the CTAM Research Conference, Purdue Communications Advisory Board and multiple Forrester Research Advisory Boards, Brad is a major contributor to the evolution of media research.

Before joining National Geographic Channels in 2000, Brad served as director of programming and research for FOX 5 WTTG-TV in Washington, D.C. In this role, Brad helped develop one of the leading FOX stations in the country, negotiating deals with the Washington Redskins and numerous syndicators. Brad started his career out of college as research coordinator at WKBD-TV UPN 50 in Detroit, Michigan. At age 23, he became director of research for WLFL-TV FOX 22/WRDC-TV UPN 28 in Raleigh, North Carolina.

The ROI of Engaging International Audiences