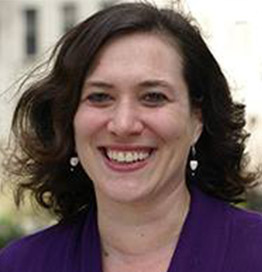 Prior to joining the Ad Council, she led the product development and marketing for ReachOut.com, a digital space for teens struggling with depression or other mental health issues. Goodstein was presented with a Family Online Safety Institute Award in 2011 for Outstanding Achievement in the field. She has over 15 years of experience in media and has helped to launch youth-oriented web and television properties for brands like Oxygen, AOL and Current TV before founding the influential youth marketing site Ypulse.com.

Anastasia was one of the first graduates of the Medill School of Journalism’s new media program at Northwestern University, where she earned an MSJ in 1999. Her first book about teens and technology called Totally Wired: What Teens & Tweens Are Really Doing Online was published by St. Martin’s Press.

The ROI of Developing for Impact