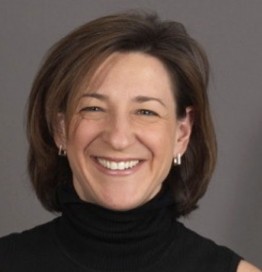 Alice plays multiple roles in kids media. She is currently responsible for developing the Amazon Originals curriculum for kids and helping implement Amazon’s educational point of view into an original series. She also serves as the Chief Content Officer for Speakaboos, a kid-centric, cross-publisher literacy platform. Additionally, she is the Co-Creator and Executive Producer of Cha-Ching: Money Smart Kids, which airs in Asia on Cartoon Network. Her work also includes being the Co-Creator and Head of Research and Education for Super Why! on PBS Kids, and a Producer and the Director of Research and Development for Nick Jr.’s Blue’s Clues. Alice is a senior fellow at the Fred Rogers Center for Early Learning and Children’s Media. She advises the Kids & Creativity group in Pittsburgh, where she helps Kidsburgh create a model and movement around the integration of the arts, sciences, and technology to inspire creative learning and play. Alice has been nominated for multiple Daytime Emmys for Outstanding Preschool Children’s Series as well as Outstanding Writing in a Children’s Series. Her groundbreaking work in was cited in The Tipping Point by Malcolm Gladwell. Alice bases her work in formative research on the philosophy that ‘the only way to understand what children are capable of doing, what appeals to them, and what they know, is to ask them!’

Alice is a graduate of Skidmore College and Columbia University’s Teachers College, where she earned her doctorate in Educational Psychology and was awarded the Miriam Goldberg Research Award for her dissertation and the 1999 Early Career Award.