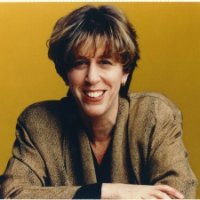 Alice is a seasoned strategist focused on social responsibility and media relations. She was formerly the Vice President of Social Responsibility at Cartoon Network. Alice previously headed the Interactive Media for Children Program at the Markle Foundation and was the president of the Television, Film and Video group at Sesame Workshop. Alice also served as Director of Children’s Programming at PBS. She and her partner live in Maplewood, NJ and have three children.

The ROI of Developing for Impact