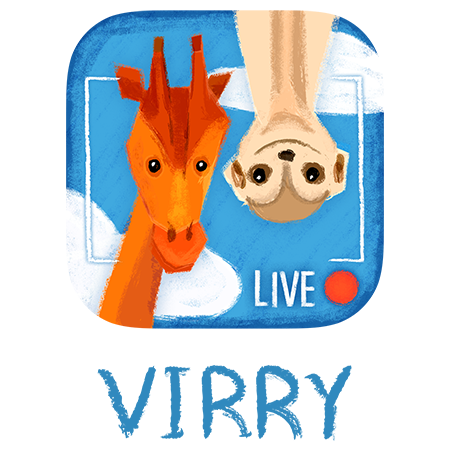 VIRRY is the BAFTA award-winning independent children’s app that makes wild animals real.  VIRRY connects children with wild lions, rhinos, giraffes and meerkats, bringing them into homes through live interactive, high-definition footage. Children learn and grow by exploring this vivid world of real animals where they feed, play with and care for them.

VIRRY was the winner of numerous 2015 awards, including thr British Academy Children’s Awards (BAFTA), for Interactive – Original, the Webby and Lovie Peoples’ Choice Awards for Best App for Kids and Family, and the recipient of a 5 star rating from the UK Educational App Store.